Home | Blog | How to tell if your Mac has a virus

How to tell if your Mac has a virus

How to tell if your Mac has a virus 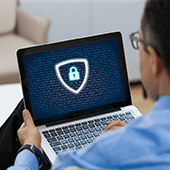 Apple products often come with an air of invincibility, and through the years, they’ve shown resistance to threats in ways Microsoft computers aren’t privy to. This, however, does not mean that Macs aren’t invulnerable.

There are four general virus types that hit Apple products, and their effects can range from merely annoying to downright destructive:

Adware is unwanted programs that bombard users with pop-up advertisements. Some malicious adware piggybacks spyware onto their deployment protocols, which can record your typing habits with keyloggers and keyboard sniffers, as well as monitor your browsing behaviour.

Sniffers are usually designed to detect certain words in the webpage and a person’s typing pattern; for instance, typing the string password: may induce a sniffer to trigger the keylogger, and the keylogger will proceed to copy the typed string succeeding the trigger string. A keylogger basically copies whatever you type, usually once a keyboard sniffer takes stock of the page you are browsing.

Trojan horses can infect both Macs and PCs, and they are often deployed through fake software installers or unsecured updates. They’re called “Trojan horses” because they parade as legitimate software that actually contains a nasty surprise once installed. A notorious Trojan horse for Macs is the MacDownloader, which attempts to steal personal data stored in Apple Keychain.

Macro viruses attack computers by running an executory code that could perform functions such as taking screengrabs, formatting hard drives, corrupting files, delivering more malware, and even accessing webcams and mics. They are triggered when a user opens an infected macros-enabled file, hence the name.

Ransomware has been held off for a while for Macs, but nowadays, even they can be vulnerable to it. KeRanger was one of the first big ransomware outbreaks for Macs. After remotely encrypting the computer and hibernating for three days, KeRanger would issue a .txt file containing instructions for decryption in return for one bitcoin.

Does your Mac have a virus?

Now that we know what kinds of viruses and malware your macOS could be affected with, here are some ways to tell if your Mac is infected with one:

Mac users fear one thing more than most: the spinning wheel of death. This little rainbow-coloured spinning cursor wheel indicates that the computer is having trouble processing at usual speeds, and a common reason behind that would be simultaneous processes, likely of dubious origin, running in the background.

Viruses sometimes do weird things to Safari or Firefox such as change its homepage or redirect a preset landing page to a site you’ve never seen before. If your browser starts behaving oddly, crashes regularly, or is often unresponsive, you might have a virus.

Computer security is a matter of importance no matter what operating system you use. Reach out to our experts for an assessment of your network today!

Migrating your data from Windows to Mac