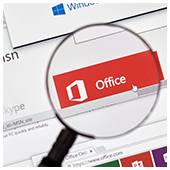 It was recently revealed that docs.com, Microsoft’s free document-sharing platform, was posting private documents to the public. Although there are Office 365 users who are perfectly aware of how the program works and have no qualms about publicly sharing their documents, hundreds of other users are not. Since docs.com is essentially a document-sharing website, can Microsoft be held liable?

Usernames and passwords for various devices and applications; personal information such as home and email addresses, bank account details, social security numbers, and phone numbers; and medical info comprising patient treatment data and health insurance numbers — all these were some of the supposedly leaked documents, which were clearly meant to be private. But, a security researcher discovered that these sensitive files were accessible using docs.com’s search function.

After being alerted to the ‘leak,’ Microsoft responded by removing the search bar. However, most of the documents were already indexed by search engines, Google and Bing, which is how these docs remained available to the public despite disabling the search function.

To alleviate the damage, Microsoft launched an update that limited what users can do to uploaded files, such as restricting files to read-only status. Although buttons to ‘like,’ download, add to collections, and share in social media are enabled, only users who enter an email address, phone number, or sign in using their Office or Microsoft account can perform any of these functions. Since anyone can easily create a Microsoft account, docs.com users may not feel at ease.

Docs.com is easy-to-use and is valuable to those eager to publish their documents. The site’s user-friendliness also makes it a popular choice for Office 365 users who wish to ‘spread their work to the world.’ Office 365 users can easily upload from their own computer, OneDrive, or Sway account, and share away. Being a free service also adds a lot of incentive for users to upload their Word, Excel, or any other file onto the site.

In an effort to solve glaring privacy issues, Microsoft has issued some key updates, such as a warning message reminding users that the document to be uploaded will be publicly available on the web. While it may seem like Microsoft committed a blunder, a stricter privacy setting and a few stronger, more visible warnings to users can help make docs.com a useful productivity tool rather than a hacker’s hunting ground.

Discerning Office 365 users can make the most out of docs.com, but they should use the service with caution. If you’ve uploaded documents with sensitive information on docs.com, now is the best time to remove them from the site, or review your privacy settings here and in other document-sharing services.

If you’re not sure how to proceed or want to learn more about this and other Microsoft products and services, call us now for advice.